of employees using the

When it was time for the annual benefit plan renewal at his previous company, Vice President of People Doug Folden expected an increase from the carrier as utilization had spiked with a handful of employees requiring more serious and expensive medical treatment.

However, the 23 percent rate increase handed down at renewal was truly shocking – much larger than the single-digit bump Doug had anticipated from the temporary surge in healthcare spending. He knew he couldn’t move forward with the renewal after a rate increase of this magnitude.

Doug turned to Sequoia to figure out a way to drive the increase down to a more manageable 12 percent, as he knew that employee spend would be coming down in the months ahead.

If Sequoia couldn’t hit that target, Doug said, he was going to have to switch providers, something he didn’t want to do after working with Sequoia for many years. He wanted to avoid any disruption and didn’t want to have to deal with another provider that couldn’t deliver the same level of service and ease of use for employees.

“We really liked working with Sequoia,” Doug said, from the HRX portal that his team raved about, to the prompt answers, advice, and benchmarking, that kept him and other members of the HR team feeling confident about their benefits package.

It was challenge accepted for Sequoia, who valued Doug’s business and wanted to help him meet the company’s goal. Of course, shaving down this increase by a double-digit percentage took persistence and patience. Sequoia needed to show the carrier that the period of more expensive medical treatment had tapered off, and utilization was normalizing.

Knowing that the spend would be significantly lower in the period right before the renewal deadline, Sequoia slowed down the negotiation with the insurer until they could point to fresh data showing this much lower utilization rate.

“The plan was to wait so they could see the trend line wasn’t going to keep going up,” Doug added.

Meanwhile, Doug got quotes from other providers but was not convinced that they were the best choices for the long term, either on rates or service.

Sequoia worked its magic, kept at it, and never gave up.

As the deadline neared for extending coverage, Doug scheduled a meeting to review options and potentially cancel its existing coverage.

At the 11th hour, Sequoia had managed to negotiate the rate increase down to half a percentage point below Doug’s target by pointing out to the carrier the dramatically declining utilization, and the changing situation with employees. Sequoia also emphasized the reliable long-standing client relationship; one the carrier didn’t want to lose.

“Sequoia worked its magic, kept at it, and never gave up,” Doug said. “They’ve got my business forever because they worked so hard to save us money and save us from massive disruption.”

Bringing Sequoia on at Tradeshift

It was this follow-through and commitment to coming through for the customer that impressed Doug the most, which is why he took the Sequoia business with him to his new role of VP of People at Tradeshift. He’s looking forward to a great working relationship in the years ahead.

“We have 200 employees in the U.S., but we are treated like we are Sequoia’s most strategic account.” he said. “Our partnership with Sequoia really amplifies our own service values of overdelivering.” 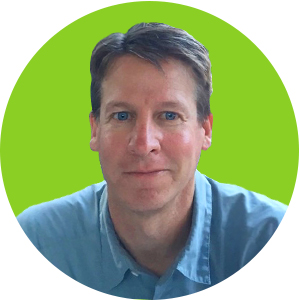 Sequoia Tech shifts the paradigm for how fast-moving technology companies take care of their people. This unique program leverages the purchasing power of a group with a collective $50 Billion market value to deliver an unrivaled total benefits package benchmarked to win in an uber-competitive space.